Hi everyone!!! Happy November! It’s been a blur of a month here, but I hope that you’ve all been doing well this last little while! Much like October it’s been another month of full steam ahead as we charge through Scion of Magic and get through the re-writes plus new content that we’ve planned out! So, let’s see how we did! 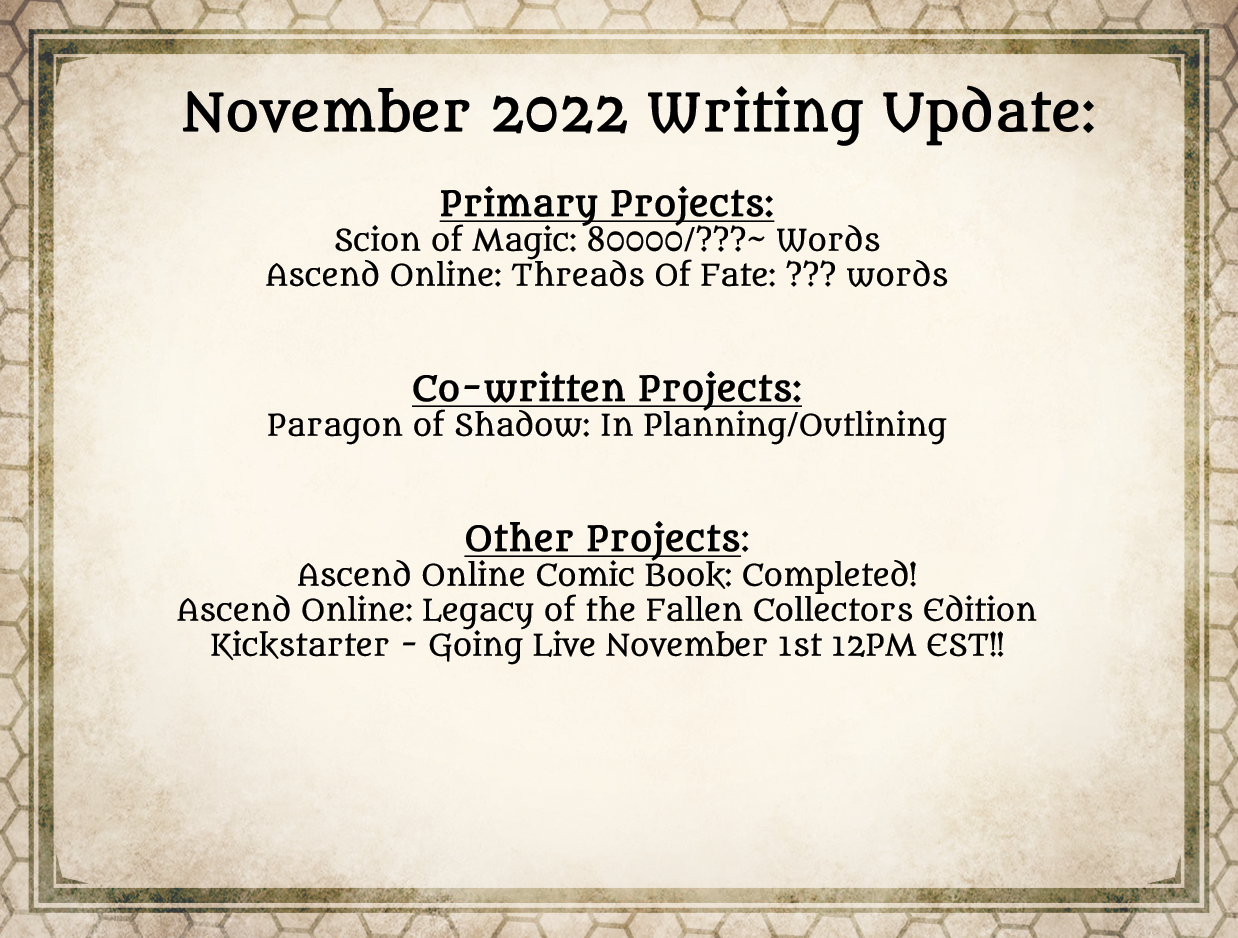 So, while last month was a more of a revisionist month for Scion of Magic we did get an incredible amount of words done! At one point I believe I split the book down as low as around 40k, pushing content in to book 2 before letting my hands fly and catch me back up to a solid 80k words finished! We’re finally finding our stride with huge gains every day in the book and I am really itching at finding the end of the book this month! Here’s to hoping that we’ll make it with plenty of time to spare!

With all the work on SoM though, that meant that Threads of Fate fell by the wayside for October, and I expect it to this month as well. With how close I am to polishing off SoM I am going to throw every minute I can at it, so we can have it off my plate and I can focus on Threads of Fate next!

But that doesn’t mean I don’t have Ascend Online News!

For those of you who already haven’t heard, Ascend Online has made the jump over to the new reading app Yonder along with many other authors and books in the LitRPG community. I had an opportunity to join in with this new platform and I’ve been very excited with the reception so far! It gives us and Ascend Online a chance to reach a whole new readership that would have never ever found the series otherwise.

In terms of changes that this move brings – the only meaningful one is that the Ascend Online series is no longer in Kindle Unlimited. The first four books and the audio books are still available on Amazon and always will be, however those who do not wish to use Amazon, or are unable to, will now have a chance to grab the series and enjoy it! Going forward as well for book 5 and beyond – there will be a slight difference in the timing of release, the digital ebook version will be released on Yonder first and come to Amazon at a later date, and the Audiobook will be released as per normal as soon as we can have it recorded and ready.

That’s not all either! 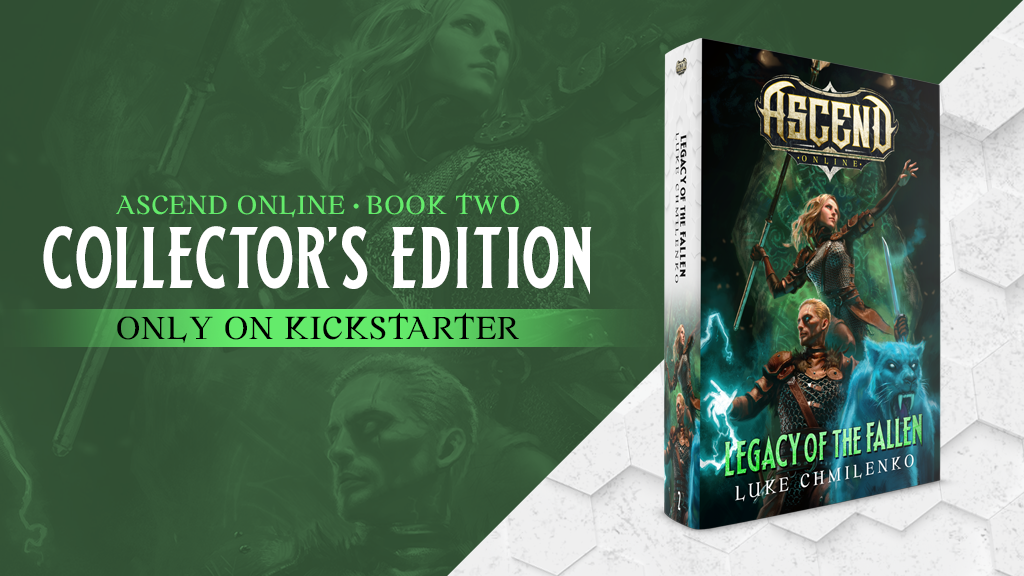 With the wind down of our Ascend Online Comic series Kickstarter we are now happy to announce that we are moving onto our next project, which is theLegacy of the Fallen Collectors Edition Kickstarter, due to start mere hours after this blog hits the presses!

Yes, that’s right! We have another kickstarter starting TODAY at 12pm EST with special Early Bird Tiers for the first 24 hours. So, if you want a chance to get the next edition of this the Ascend Online Collectors Edition set, and possibly pick up extra copies of book 1 – then follow the project here so you get a notification as soon as it goes live! We hope you love what we have in store for you for this project!

And that’s a wrap!

Woof, that was a busy month wasn’t it? There was plenty of things to talk about and sort this month, plus more than a few exciting things coming our way, (like today!). We hope that you all check out our Kickstarter and support us there, even if it’s just dropping a comment!

With all the excitement going on this month, we’ll definitely be back again to announce how our Kickstarter is doing, but until then – we hope you all stay healthy and happy! Have a great month!!

> February!!
> December – The Final Month!
> Novemberbound
> Where Did October Go?