Where Did October Go?

Hi everyone!!! Happy October! It’s been a blur of the month here, but I hope that you’ve all been doing well this last little while! We’ve had another awesome month here focusing mostly on a big crop of editing and rewrites – so let’s get right into it now! 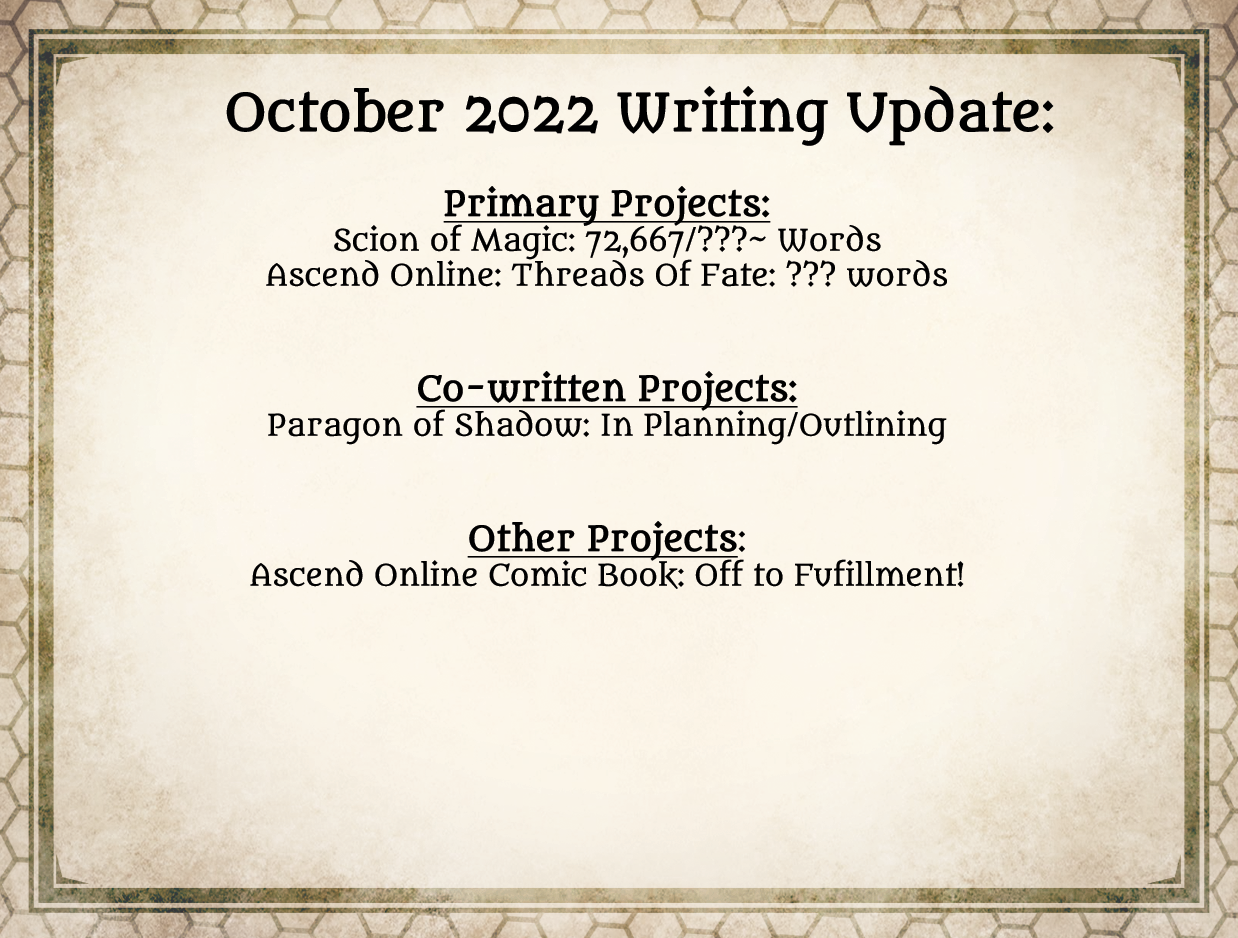 So this month was a fairly big ‘push forward and circle back’ month for me on both Scion of Magic and Threads of Fate. For SoM I unfortunately hit a bit of a wall in my progress and had to go back to tweak things so I could find my path forward again. A process which involved pending a chunk of words for the time being. In any case I’m happy to say that everything worked out very well and I’m pushing back into new words again! The Threads of Fate side of things was very much in a similar vein, which had me starting to retool a huge swath of chapters in the middle of the book and the whole story is actively becoming less and less terrible with every passing week! Everything for both of these projects is coming along awesomely so far and I am aiming to have Scion of magic finished hopefully by early November and for Threads of Fate to be done early 2023.

Comics Will To Be Arriving To A Mailbox Near You!

Yes we are finally at the end stage with this project and the comics are now off to the fulfillment house to get sent off and out into the world! We very much wanted to get these out into the world much sooner, but we forced to reprint a substantial portion of the comics due to catastrophic shipping damage which set us back much further than we wanted to be.

As soon as the comics reach the fulfillment house we will also be sending out the digital editions so that both will be arriving close together! Once that side of fulfillment is complete then the books will go live on Amazon for those who missed out on the Kickstarter and still wish to purchase it!

And That’s The End Of Another Busy Month!

Once again, that’s all we’ve got for the month as our projects continue to wind down and others start to spin up! I’m sure we’ll have next month’s card be a little bit busier as a few more of the pending cowrites pop up, but in the meantime we’re just plugging along! Hoping that you all have an awesome month for October and we’ll see you again next month!

> February!!
> December – The Final Month!
> Novemberbound
> Where Did October Go?