Hi everyone! We are back again with not only another brilliant month, March, but also some amazing news to share… I’m a dad again!

Yes, you read that right! Last week my wife and I welcomed Kira Talia Chmilenko into the family and have been getting to know her since. All has been going spectacularly well and everyone is doing healthy and happy!

But with that super exciting news, that means this month’s update is going to be a brief one (and with no update card) as we cover a few highlights… The biggest of which is Paragon of Blood’s release day!!

That’s right, I have new book for you all!

Co written with the awesome Alex Knight and narrated by the legendary Travis Baldree I am happy to announce that Paragon of Blood is now available in both ebook and audiobook formats! Coming in at a chonky 165,000 words in print and 15 hours in audio, Paragon of Blood is a Post-Apocalyptic Litrpg set in the ruined remains of earth after the arrival of the mysterious and enigmatic System. If you’re ready to join Alex and me on a brand new adventure then check out the blurb below and grab your copy now!! 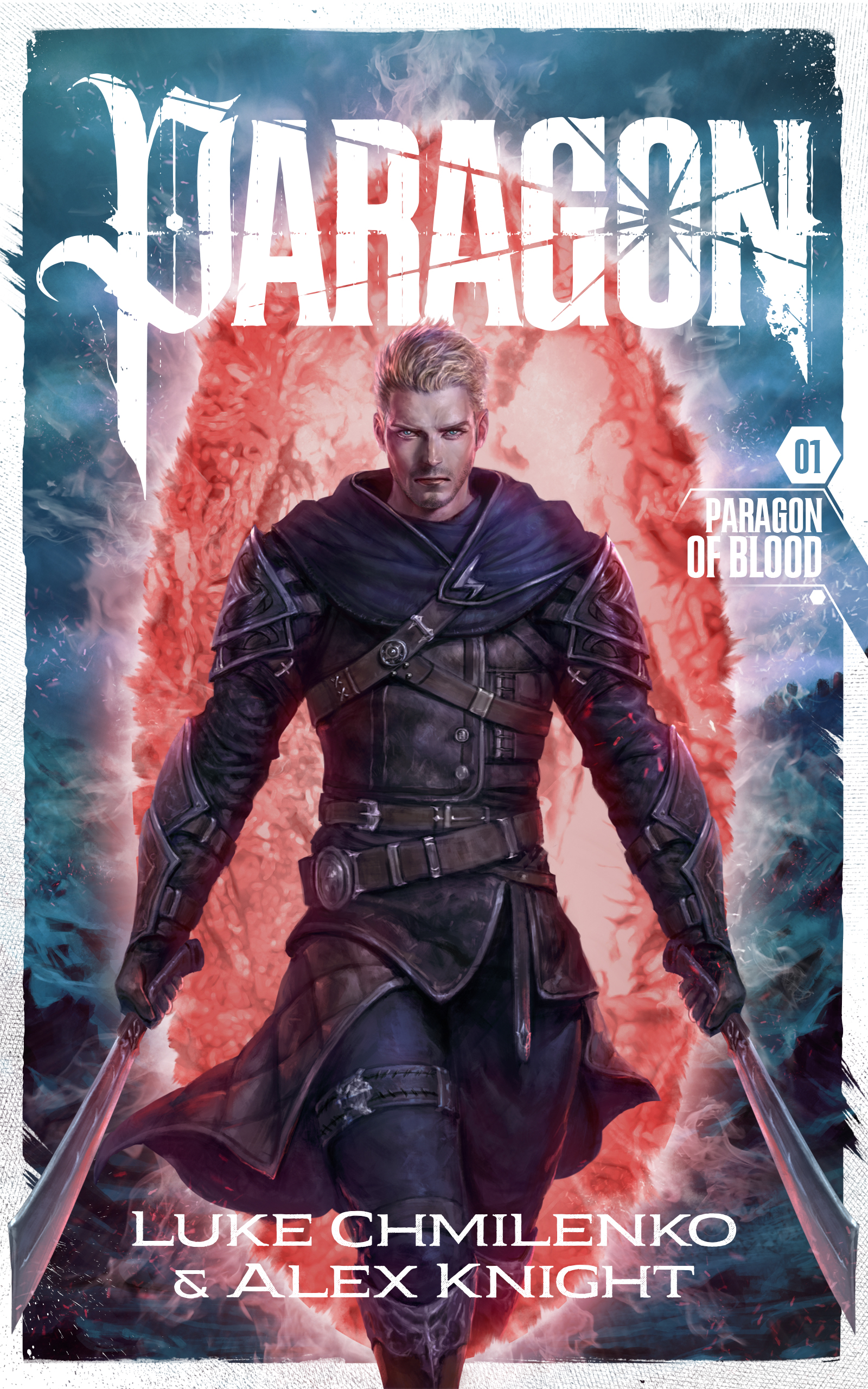 All Auric Cain ever wanted was a chance.

A chance to prove himself. A chance to take control of his life. A chance to be more than a lowly D-Tier, the lowest of the low, in a world broken by the arrival of an alien, enigmatic being known as The System.

And the seemingly endless hordes of Gateborn that accompanied it.

But chances are hard to come by in the fallen remains of humanity. A century of decline, of desperate struggle, making just surviving another day challenging enough. Let alone striking out to find and challenge an Ascension Gate.

Or in Auric’s case, even getting permission to try.

Unless he can find a way to stop it.

Next Up – Health Update

I know I’ve spoken a ton about my health struggles over the last little while and I appreciate all of the well wishes I’ve gotten from you are during my recovery. I am happy to be able to say that we think we’ve finally found the root cause for all of my issues, which are two bulging disks in my neck. With that discovery I am on a new recovery plan and some of the issues that I’ve been struggling with are starting to fade. (Yay!) Here is to hoping we can finally solve this and I can get back to a pain free normal!

That’s right! Deliveries have begun for the AsO Book 1 Collector’s Edition! In fact many of you have already told me that they’ve arrived! Wooo! I really hope that you enjoy them! They turned out even better than I could have ever imagined!

But if you’ve happened to miss the Kickstarter and still want to get your hands on a Collectors Edition copy – well never fear! We ordered plenty extra for you all! Check out the store here and place your order today!!

And that’s all I got for you guys this month!

I know that this was a short update when it comes to writing updates, but I’m afraid that this is all that I have to share for this month! There will be a larger and more comprehensive update on my projects next month or failing that, the month after, but until then rest assured that I am burning away on both the next AsO and Scion of Magic whenever I have the time to so!

Thank you all for your continued support and see you next month!