Hi everyone! I can’t believe I’m saying this but happy October! Somehow, we managed make it to the 10th month of the year in what feels like a blink of an eye, which means that there only two more months left of 2021! How crazy is that?! That means we have only a small sliver of time to get everything done before we welcome in 2022 so let’s get right into what’s been done and what’s coming next! 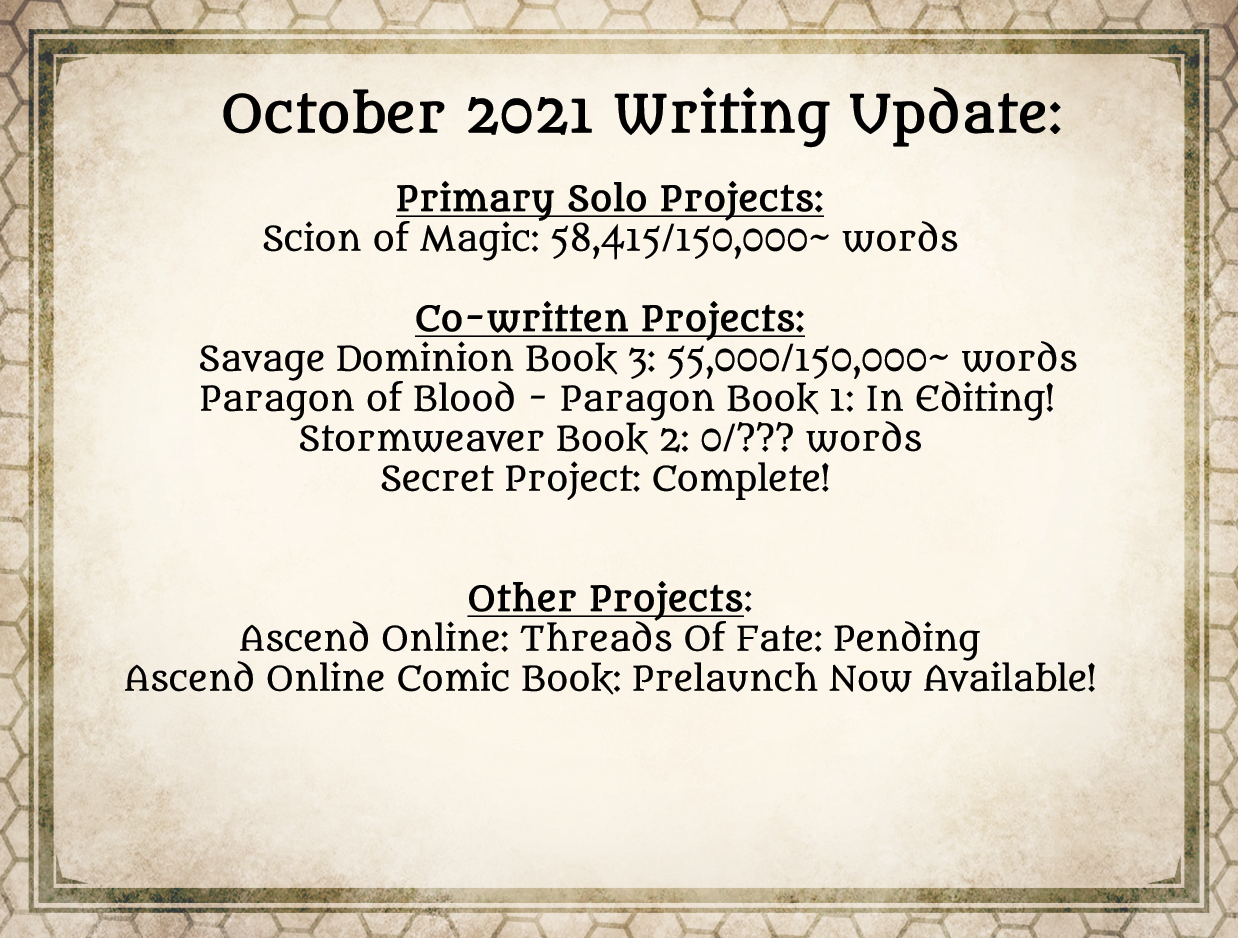 We Are Alive Again!

So you can see we’re finally alive again and have an update card! Wooo! It’s been a long road getting here, but I’m happy to say I been able to enjoy about two pain-free weeks with my hand and I’ve used that time to get back into the swing of things by re-reading old writing and figuring out what’s next. (And also working to master this whole voice to text thing, which I’m really growing to love the longer I use it). In any case, let’s get right into this month’s update with line by line updates!

Coming in at the top of our list, I spent the early part of the month getting up to speed on scion of Magic and did an in-depth edit and rewrite of a few aspects of the beginning story. So far, I am really liking on how the story is taking shape and I am really eager to get back to it full time. For those of you who are looking for a sneak peek on what’s coming next, I do have the first half of the story posted on my Patreon as well as a rough sketch of the cover! My plan at the moment is to finish off my rewrites and editing on Paragon and then get back into this story ASAP.

Next up we have Savage Dominion book 3 which of happy to say is chugging along very well! Gray and I have had to switch back and forth on a few projects over this last month, we are hoping to have the rough draft finished early November. From there we’ll then have all the fun wiggly bits of self editing and postproduction to get through, but if past experiences prove true they shouldn’t take long at all. Our current plan is to have this book live on the Wraithmarked Patreon about a month before the book is formally released on Amazon – but at the moment we don’t have a timeline for release just yet (other than as soon as feasibly possible).

My major focus for the month, Paragon Book 1 is currently in the self editing and minor rewrite stage as Alex and I polish it up so its ready for the formal editing process. This is a super fun story so far and completely unlike anything that either of us have released before, so we are working hard to hit all of the right notes for you all (and hopefully break new ground too!). It’s our hope to have this book polished and ready for editing by the end of the month so we can both get back on schedule with our other projects!

I know all of you are excited and want to hear everything there is about this book! And I’m happy to say that we are officially breaking ground on the book this month! Between my injury and a nonstop whirlwind of busy-ness on Bryce’s end of things we’ve had to juggle a lot of our projects, which has unfortunately included this book. But we’ve both managed to clear our decks so to speak and hope to make great progress on this book this month! If you are interested in following along with this book in a rough state as its written, Bryce will be posting chapter chunks on the Wraithmarked Patreon – so if you haven’t signed up yet this next month will be a good time to!

One of the Many Secret Projects Is Now Finished!

I wish I had a more comprehensive update for this this piece, but I’m afraid is more of the status quo. Between my injury and other projects with more demanding deadlines, Ascend Online book 5 is still on the back burner and will remain so until I can catch up. What I am able to offer though is a glimpse into my project plan going forward which is:

I know that this layout makes the book look pretty far down the list, but in reality a lot of these projects are being managed at the same time and I truly hope to start breaking ground on Threads of Fate towards the end of this year or early next.

Finishing this update off of the most exciting news, I’m happy to announce that the Ascend Online Comic Series is now up for prelaunch on Kickstarter! If you’re interested in being the first to know about this project when it goes live November 1st, then please check out the links below and follow the project! Like the Ascend Online Collector’s Edition we will be having special Early Bird pledges available for those who back in the first 24 hours of the project, so you will absolutely not want to miss it! 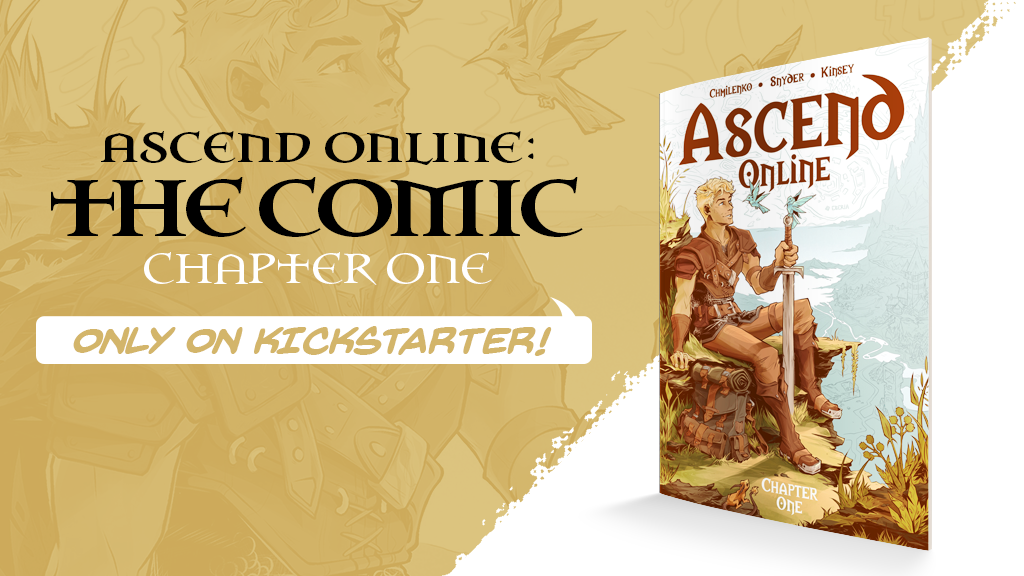 Check it out here!

And that’s all I got for the month! I know this is a pretty big update after a long stretch of silence and I really appreciate all of you who sent kind words and support my way! Here’s hoping for a great month ahead for all of us and I look forward to the next big update come November!

See you all then!

> Happy May!
> JÄGER(MASTER) HAS ARRIVED!
> Ready Player Four
> One down, eleven more to go!