Another month has come and gone again and here we are in October! Which means that we’re due another monthly update and boy is it going to be an exciting one! So let’s dig straight into things!

First off let’s backtrack to last month’s news – Glory to the Brave is out and in the world! Thank you so much for everyone who snagged it last month and all the reviews that you’ve left! I am glad that so many of you have enjoyed the book and I hope those who are still reading enjoy what’s still to come! For the audiobook listeners out there, the pre-order for Glory to the Brave is now up on Audible, and you can find it here!

Next on the list is a super exciting two-in-one cover reveal and pre-order announcement of a new series that I’m launching along with Bryce O’Connor called Stormweaver: Iron Prince in our new Warformed series! Check the cover and its description out below here! 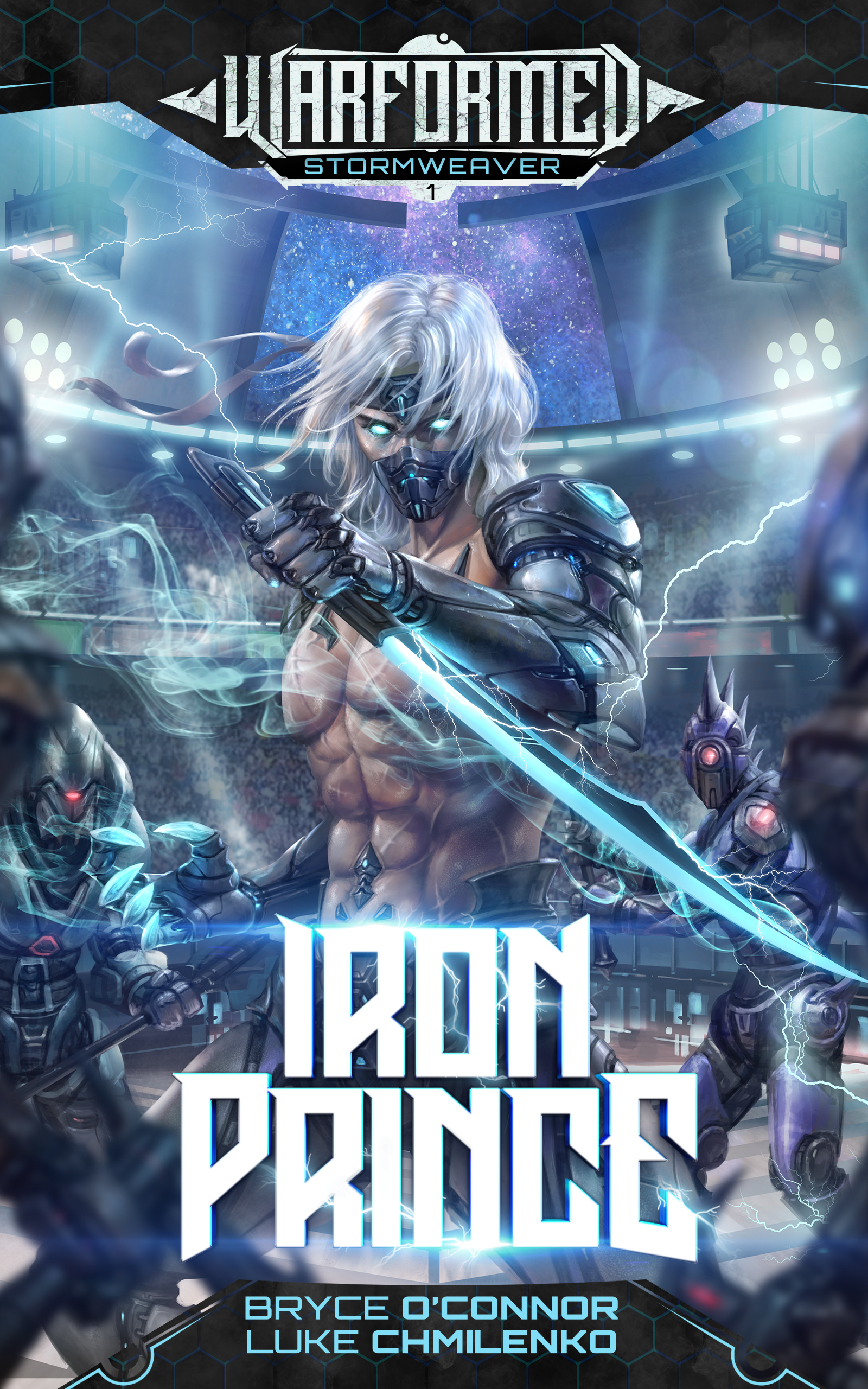 Add the book on Goodreads!

Check the animated cover out!

Reidon Ward will become a god.

He doesn’t know it yet, of course. Reidon was born weak, sickly, and small. Afflicted with a painful disease and abandoned by his parents because of it, he has had to fight tooth and nail for every minor advantage life has granted him.

His perseverance has not gone unnoticed, however, and when the most powerful artificial intelligence in human history takes an interest in him, things began to change quickly. Granted a CAD—a Combat Assistance Device—with horrible specs but an infinite potential for growth, Reidon finds himself at the bottom of his class at the Galens Institute, one of the top military academies in the Collective. Along with his best friend, Viviana Arada, Reidon will have to start his long climb through the school rankings, and on to the combat tournament circuits that have become humanity’s greatest source of excitement and entertainment.

Coming to your kindle on October 15th, Iron Prince is a Progression SciFi book (with no LitRPG elements) and is easily the funnest book that Bryce and I have written so far and we have little doubt that anyone who gives it an honest shot will love it! Coming in at a mega-chonking total of 325,000 words, this is going to be a solid book for all of you to dig your teeth into!

To make things even better over and above this, Iron Prince will be voiced by none other than the amazing Luke Daniels once the audiobook is ready. That said though, at the moment though we do not have a timeline on when the audiobook will be out, but as soon as we do, we will let you all know!

Until then, happy reading!