June – Woah, We’re Half Way There!

Happy June! (Wait, hold on, how it JUNE already?!) We’re back again for another one of monthly blog updates and boy let me tell you, it’s been a month. I don’t think I can recall a month where I’ve been busier or fit more stuff in than this one, and well…I kinda hope that I never have to again. This month was exhausting! In either case, let’s get that update card up here so we can see where we are and where we’re going. 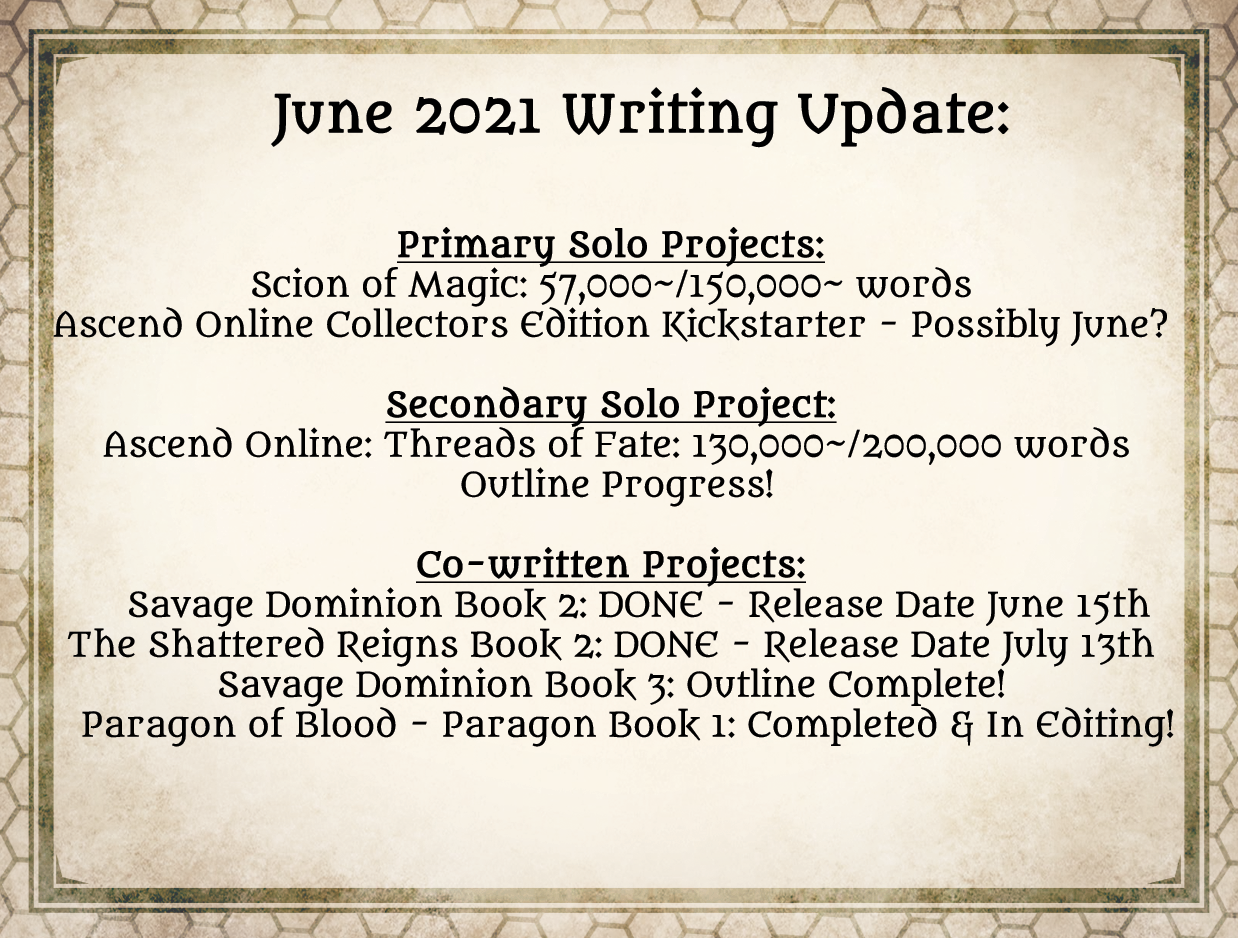 Woof, that’s a lot of things eh? (A lot of things that made the list, there’s more that’s still in limbo land and giving me grey hairs.) In any case though we are going to start this off by tackling the things that are done and have release dates and preorders – so here we go! 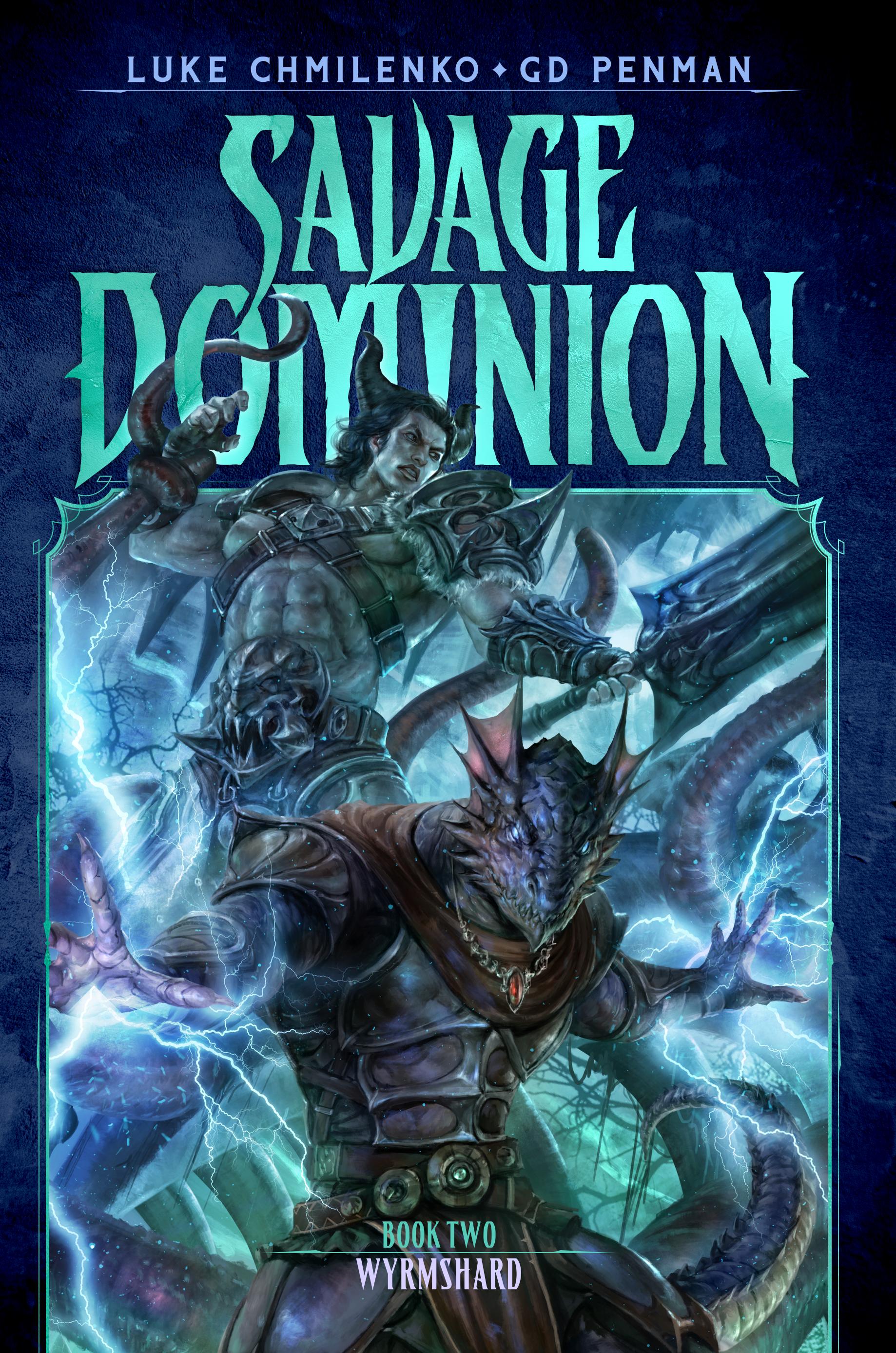 Starting first with the closest release, GD and I are happy to announce that Wyrmshard, book 2 of Savage Dominion will be out and in your hands on June 15th at an Amazon near you! If you enjoyed the first book, then there’s no doubt that you’ll enjoy this next one! (Grab it now on Amazon here!) It comes with an extra 20% snark, 10% more sass, and a 100% more ass-kickery from Maulkin and the gang.

If on the other hand you’ve somehow missed this series so far, well now is your chance to catch up! You have 14 entire days to drop everything you’re doing now and read or listen to Savage Dominion book 1 to be ready for when Wyrmshard drops!

(For those of you waiting on the audiobook – stay tuned! Soon as we know, we will make an announcement! And yes! You’re also reading the update card correctly too – GD and I have already started book 3 and will hopefully have it out and in your hands by the end of the year!)

The Shattered Reigns: A Blood of Kings is now available for Pre-Order! 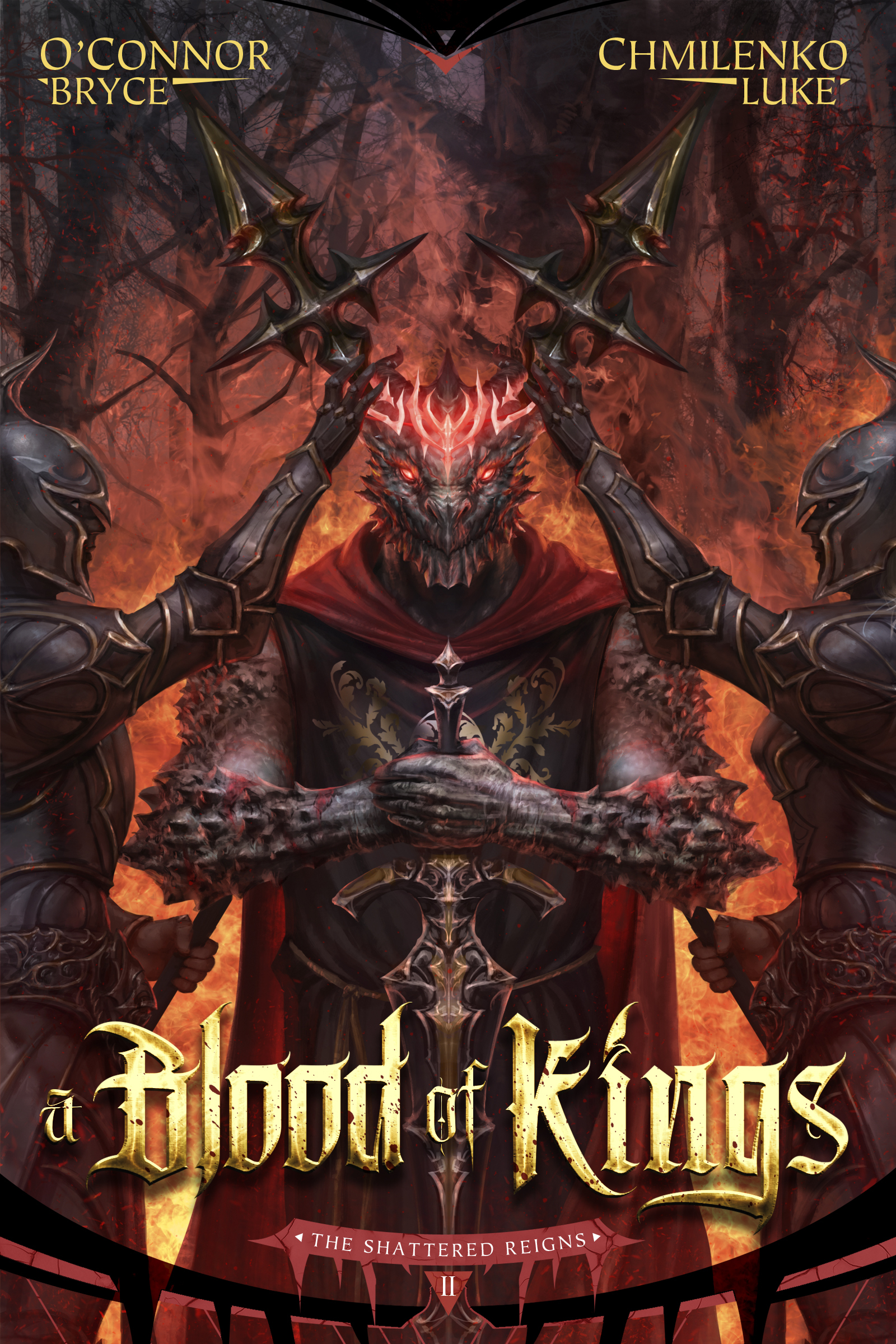 I know it’s been a hot minute since book 1 for this series first released, but Bryce and I have finally managed to finish book 2 and are very excited to hear what you all think! Releasing with BOTH ebook and audio at the same time, we are happy to announce that the Blood of Kings will be available on July 13th!

You can Pre-Order your book in either format over on Amazon or Audible today!

And much like I said for Savage Dominion, if you somehow haven’t managed to read book 1 just yet, you have plenty of time to do it now! You can find A Mark of Kings (book 1) on Amazon and well as Audible!

Paragon of Blood is finished and off to the editors!

Yes, after all of that, Paragon of Blood is done too! (I said it was a busy month, didn’t I?) Managing to get it done with a photo finish Alex and I are planning to go through a round of self edits for short stretch before sending the book off for formal editing. Once it’s done and polished, we will be sending it along to Audible for its eventual production and simultaneous eBook and Audio release on October 5th later this year.

On that note as well, I am super happy to announce that this book will be narrated by super talented Mark Boyett! If you’ve listened to BV Larson’s Undying Mercenaries series, then you know very well what’s in store next! (And if you haven’t, well, it’s an amazing series and you should read/listen to it anyway!)

Right now, Alex and I are in the process of finalizing the cover for Paragon of Blood and we can’t wait to share it with you in the months to come! So stay tuned!

Next up – Scion of Magic…and a Kickstarter? What’s that?

Starting first off with Scion of Magic and that obvious that many of you with sharp eyes can see – it wasn’t a good writing month. There was just unfortunately too much going on in too many places for me to be able to get much writing done on this project. I’m hoping to turn this around this month but it will honestly depend quite a bit on all other pieces that I have going on…the biggest of them being Ascend Online’s Kickstarter.

Now I know what you’re all thinking – ‘Whaaaaaaaaaat? You’re doing a Kickstarter?!’ (Or something like that, am I right?)

To answer the question – Yes, I am! Over the last half year or so, I’ve been slowly putting together plans for a super special Signed Collectors Edition of Ascend Online Book 1, filled with all of the amazing bells and whistles a reader could possibly want. Complete with never-before-seen interior artwork, foiled covers, and a ton of limited time goodies this is a project that you’re not going to want to miss!

At the moment I am planning on launching this project come Mid-June sometime and will absolutely put out a update the first opportunity that I have! But if you’re interested in being the first to know about the project then check out my pre-launch page here!

Last but not least – Ascend Online: Threads of Fate

I know I haven’t had that many updates on Ascend Online lately, mostly because I haven’t been able to spend my time on this for a long while. There have just been far too many competing things on the go lately that have taken priority. Unfortunately, while that hasn’t changed on a big picture level, I did manage to get a bit of planning done for the coming book, which in the end should hopefully help me get it done sooner.

Sharp eyes looking at the update card will notice that we lost about 50k words in the estimated book size – which is largely what my planning has resulted in. With so much existing material already written for this book the major challenges here has been designing a new beginning, editing everything to fit, and working my way to a new ending for the story in question. I’m happy to say that this month we’ve made great steps towards that, and I don’t think I’ll need to write much more to finish the book off – when of course I’m able to get to it. Based on my deadlines, Scion of Magic still has to take priority before I can tackle AsO again, but I’m confident that once I do, I’ll at least have a familiar road to work from and hopefully finish things quickly.

I know that this isn’t quite workable news – but it’s all the news that I have to offer on this front. I just ask for your patience as I work through all of these other fun stories and promise you that it’ll all be worth the wait!

I know this was a monster update as mine usually go! It’s been a super crazy month this last month in finishing things off and lining up the releases – which is really what you’re all going to be listening to me talking about for the next several months! We are going to be having a steady stream of books (and Kickstarters!) coming out your way for the foreseeable future now and I hope that you all enjoy them if you give them a shot!

So until next the next big update – I hope you all have a great end to the spring and start to the summer!