June, here we are!

Hey there everyone! Happy June! We are finally on the doorstop of summer! (About time!) I hope that wherever you all are in the world that the weather is warming up and things are starting to bloom again! (Or if you’re in the southern hemisphere, that the snow isn’t too crazy and that you’re all staying warm!) At any rate, we’re here for an update, and that means another update card here! So, let’s get it up! 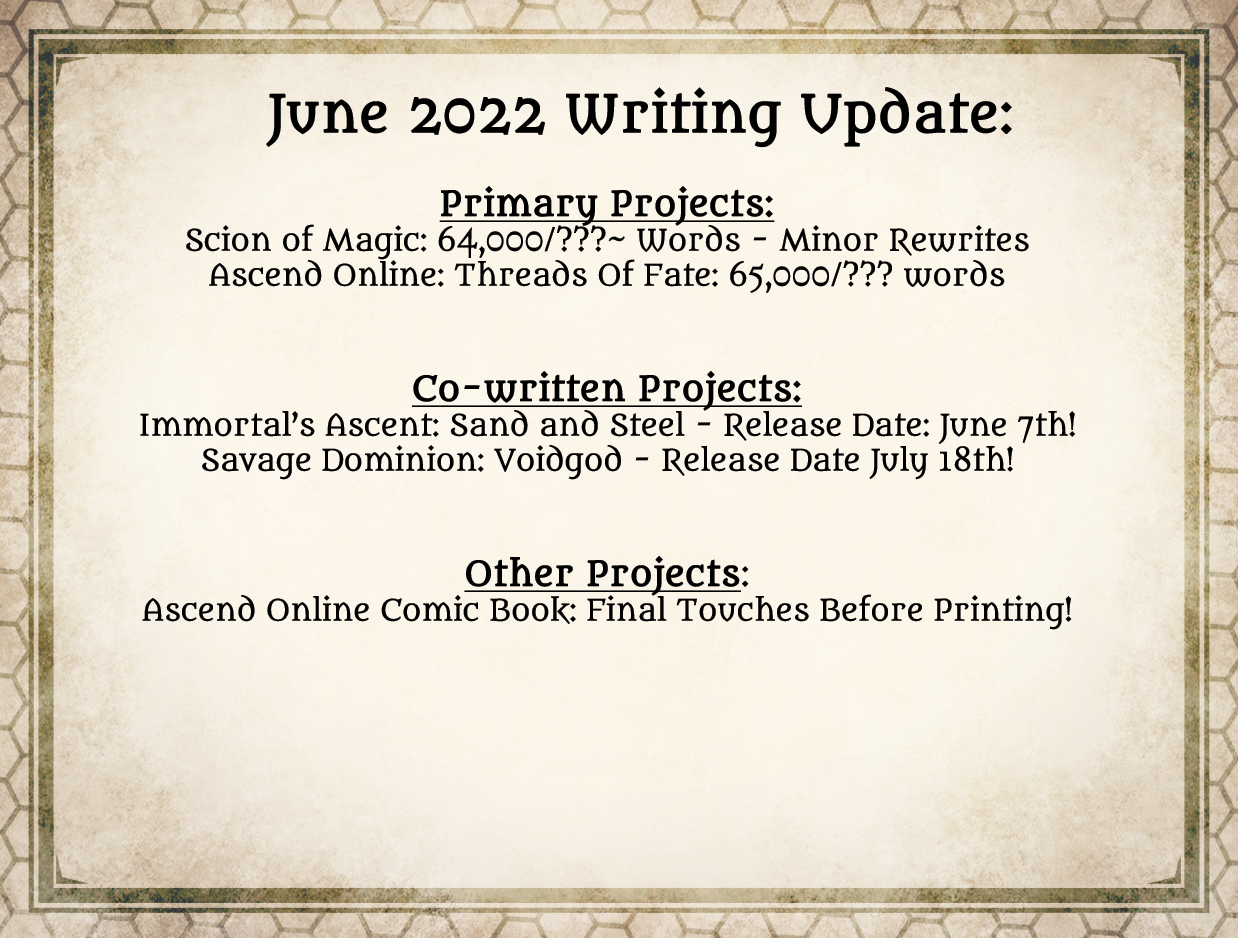 It was a slow start, but we’re moving again!

This last month was largely split into two parts for me, the first two weeks being the ‘where the heck did I leave things?” phase and the more recent two weeks being the fun and exciting stage of actually getting words down again. For Scion of Magic that had me working on a list of rewrites through the first chapters of the story to tighten some elements I no longer felt worked and for Ascend Online it was getting down to business and cracking out a brand new Chapter 1, which I hope you’ll all love when it’s done!

For this next month (and possibly July) I am expecting for Scion of Magic to be my primary focus – at least until I finish my rewrites and start on new content again. This is mostly because there are a ton of details I’m changing, and I don’t want to accidentally slip up and miss one. But once I’m fully caught up, I plan to be bouncing freely between SoM and AsO as my inspiration sees fit. Once I am comfortable with the state of the stories, I’ll begin posting them on my Patreon monthly for any who want to read them early.

As of this month the revised chapters 1 through 4 of Scion of Magic are up for early readers with Threads of Fate chapters to likely start arriving towards the end of the summer or early fall. The general reasoning for this delay is because I like to have several chapters of backlog ready before I start posting them in case I end up needing to go back to revise, or hit a mental block and need more time to write.

In either case, I will be sure to announce which series/chapters are available for Early Reading on each of my monthly updates!

It’s been a long time in coming, but I am happy to announce that the second book of the Immortal’s Ascent series is now available for pre-order on Amazon and Audible! Both formats will be going live next week on Tuesday, June 7th! If you enjoyed book 1 then you’ll absolutely love this one as we rejoin Gavin, Sadira and the others for the next stage of their adventure!

And if for some reason you haven’t picked up the series just yet – you have a week to catch up! Hop over and take a look at book 1 on Amazon and Audible and see if it grabs you! 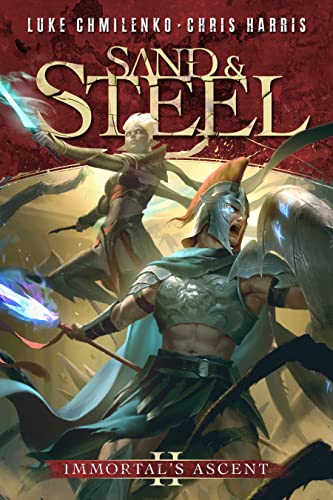 I’m sorry I’m back again with another slight delay on the comic book, but I promise you all that it is still coming! We had hoped that we would have the finishing touches done on the comic in May, but it just wasn’t quite possible to do that and maintain the quality we’re aiming for. So, we’ve had to bump our timeline ahead once again into June. That said however we are very, very, close to completion and are finalizing the last of the pages before we move onto printing. Keep an eye out for a Kickstarter update later this month!

And That’s A Wrap!

And that’s all we have for this month before I head back into the word mines to keep plugging away on Scion of Magic and Threads of Fate! We’ll be back in about a week to celebrate the launch of Sand and Steel, which you should all absolutely check out if you’re looking for something fun to read!

Until then, thank you all for your endless support and excitement and we’ll see you again soon!