Dec the halls with year-end audiobooks!

Dec the halls with year-end audiobooks!

Hi Everyone! It’s hard to believe that I’m saying this, but HAPPY DECEMBER!!! We made it! Phew! I know 2020 has been…well. A year. But we’re finally in the home stretch before we get to ring in 2021 so let’s end the year here on a positive note with one last mega update to round things out!

Ascend Online is coming to the tabletop with its own Microgame! Catch a special livestream this Friday, December 4th!

Yes you read this right! Thanks to the awesome people at Twogether Studios (Keith Baker and Jenn Ellis!) Ascend Online has been transformed into a super exciting tabletop micro game that will be showcased by none other than the legendary Keith Baker, Becca Scott, and Damion Poitier this coming Friday, December 4th at 9pm EST on the Twogether Twitch Channel!

The microgame will release first on December 8th for everyone who has preordered Glory to the Brave on Audible, then for everyone else a short while later! So if you want to get the game right away, be sure to preorder the book now while you still can! The game will be delivered to you along with the audiobook his PDF!

During the livestream I’ll also be there in the chat to answer any and all questions that you might have about Ascend Online, Stormweaver, or anything else that comes to mind! So be sure to set a reminder and drop in to check it out!

Also keep an eye on both my Facebook Group, the GameLit Society group, and the /r/LitRPG subreddit on December 8th for a chance to win super awesome Ascend Online merchandise related to this game! 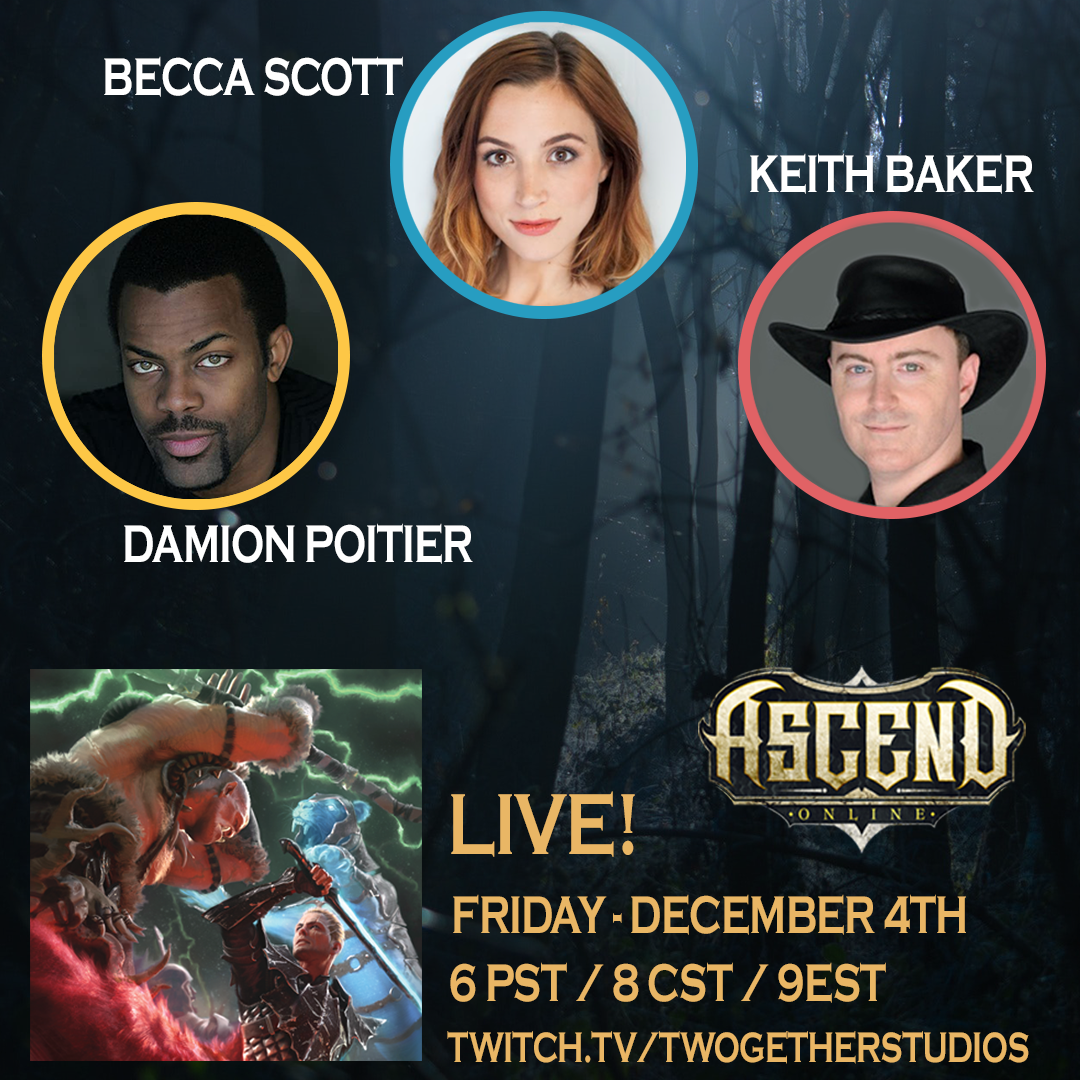 The long wait is nearly over! I know that many of you have been waiting for Glory to the Brave to hit in audio and I am happy to say that the big day is nearly here! If you somehow haven’t managed to preorder this book by now, then this is your chance! 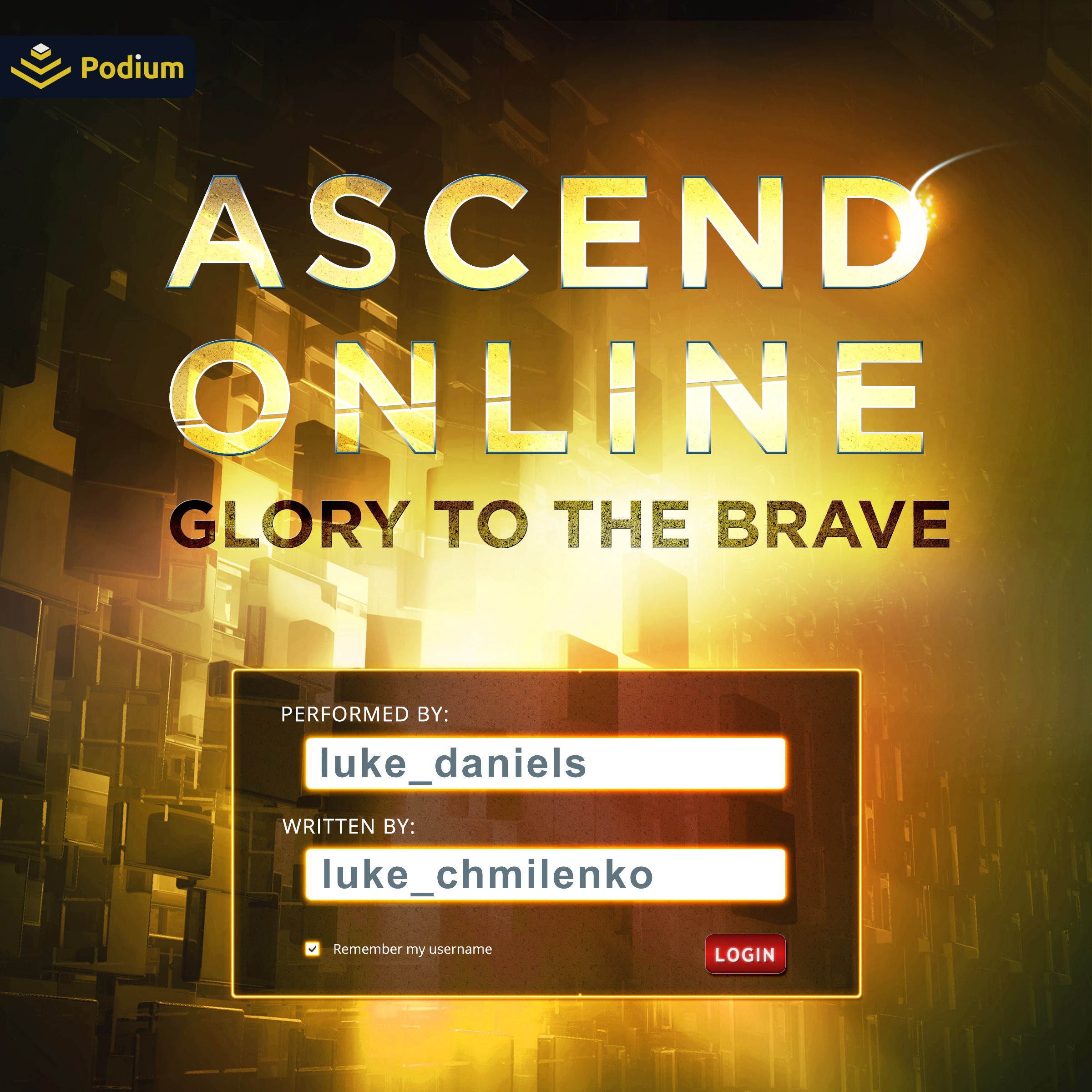 Savage Dominion is on the way!

GD Penman and I have been working hard over the month of November to get Savage Dominion ready and polished up for all of you and I am happy to say that things are going well and that this story is just awesome! I really can’t wait to share it with all of you and hear what you think! Right now, our plan is to put a pre-order up sometime mid-month this month and launch the book on January 1st. The audiobook will follow at a TBD time afterwards once it’s ready (unfortunately we’re just not sure yet on timing or narrator casting yet.)

In the meantime stay tuned for an awesome cover reveal coming soon!

Next up – The words are flowing again!

Wooo, this is a big one! After a long stretch of editing, preparing for launches, and general admin work, I am happy to say that I am back on the writing grind again and have decided to focus my energy on Scion of Magic as my next project. I know last month I mentioned that I was still thinking over what I was going to do with Starfall, which was my original project to start at this time, but after much debate I’ve decided to shelve it for the foreseeable future. What I had as my original idea just wasn’t as fun as I’d originally hoped and I need the time to rework it into something that I hope you’ll all enjoy.

In the meantime though, I am VERY excited about Scion of Magic, which will be a Reincarnation Magic School Progression Fantasy story in a similar spirit to The Beginning After The End and Tales of Demons and Gods, (both of which are amazing stories and high recommends from me), plus what I hope will be my own special twist on things. With my current plan I expect to have the series to have at least four books with the potential to expand beyond that should the series catch on. Schedule wise, my current plan is to finish Scion of Magic Book 1, then shift over to Ascend Online: Threads of Fate.

Progress wise we have just scratched the surface of the book at a mighty 3546 words with the first chapter just having been finished. At the moment I’m trying to aim this book for around 150,000 words, but I will have to see when I get there. I’m hoping that I can keep the words chugging along over the next few months and get it finished off ASAP for you all to enjoy!

Okay! That’s all I got for this super exciting month! I’ll be back again later with the Savage Dominion’s super exciting cover reveal and pre-order, so we’ll see you then!